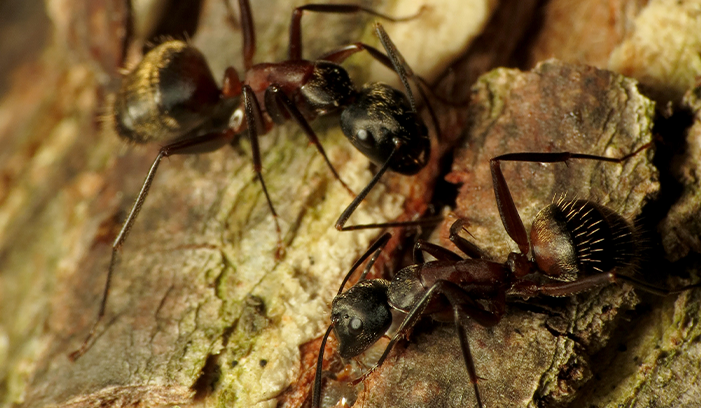 Posted at 15:01h in Ants and Termites by Western Exterminating

Last week, we posted Part 1 of this article (click here if you missed it). Today, we’re wrapping up by talking more about how the nests function and what you can do if you find an infestation.

Give Me My Space

Typically, nests will only have one queen, but it’s possible for mature nests in swarming season to have more than one queen. In those cases, the queens won’t socialize with each other. They’ll have their own designated spaces within the nest so they won’t have to interact. Even though they don’t like each other, they’re united in their common goal to care for the colony. The more queens that are present, the larger the nest (there are usually 2,000 worker ants for every queen). Also, the more queens in a nest, the longer the worker ants live. Queens can live for over 10 years, but workers usually only live for a few months.

As a result, over the life of a colony, you end up with a lot of dead workers. What happens to their bodies? Well, carpenter ants will dispose of their dead and remove their remains from the nest (they even create their own disinfectant to clean up afterwards). They’ll do this with food that’s gone bad, too. As a result, the nest remains a highly efficient and productive space, which is great for the ants, but not so great for the houses they infest.

If You Find Carpenter Ants in Your Home

Some people try to use the generic ant bait you can find in the grocery store, but that bait usually won’t work Texas carpenter ants. Carpenter ants are very picky about bait, and some nests are pickier than others. It might also depend on the time of the year—sometimes the ants will avoid a bait, but if you set out the same stuff during a different season, they’ll eat it right up.

Remember, although these pests are considered wood-destroying insects, they’re really more of a nuisance, and they can be very persistent. If you think you may have an infestation, give Western Exterminating a call today at 817-834-3121 to schedule an appointment with one of our techs.